Viewability is an online advertising metric, that tracks only the impressions that are actually seen by users.
For example, if an ad in your campaign is loaded at the bottom of a web page, and the user doesn’t scroll far enough to see it, that impression will be considered as ‘not viewable’. 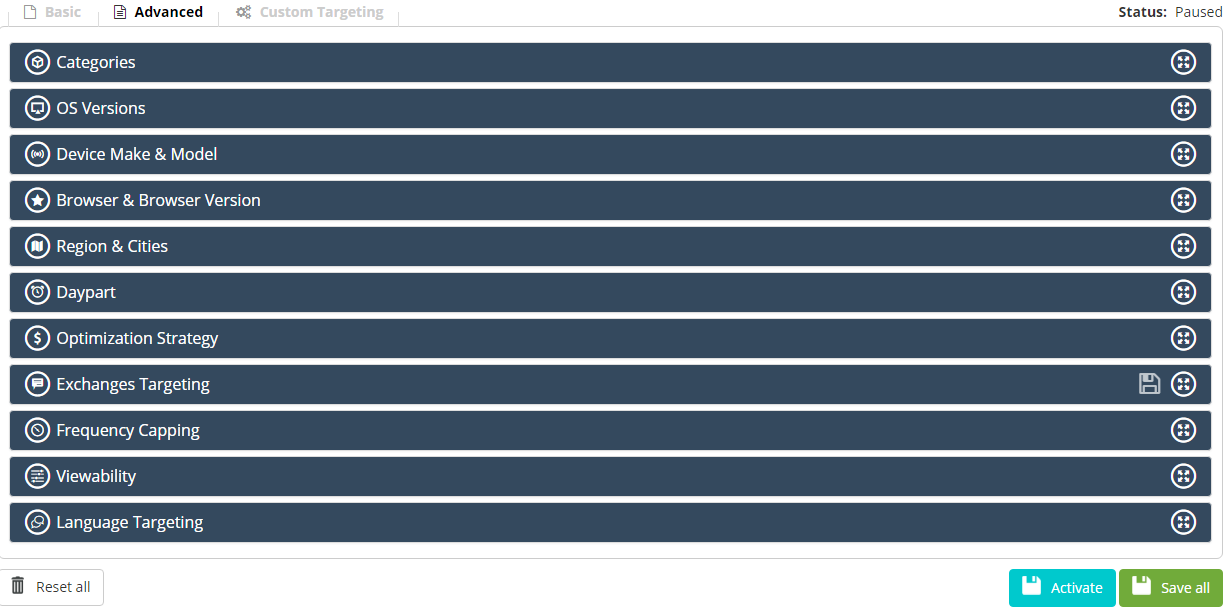 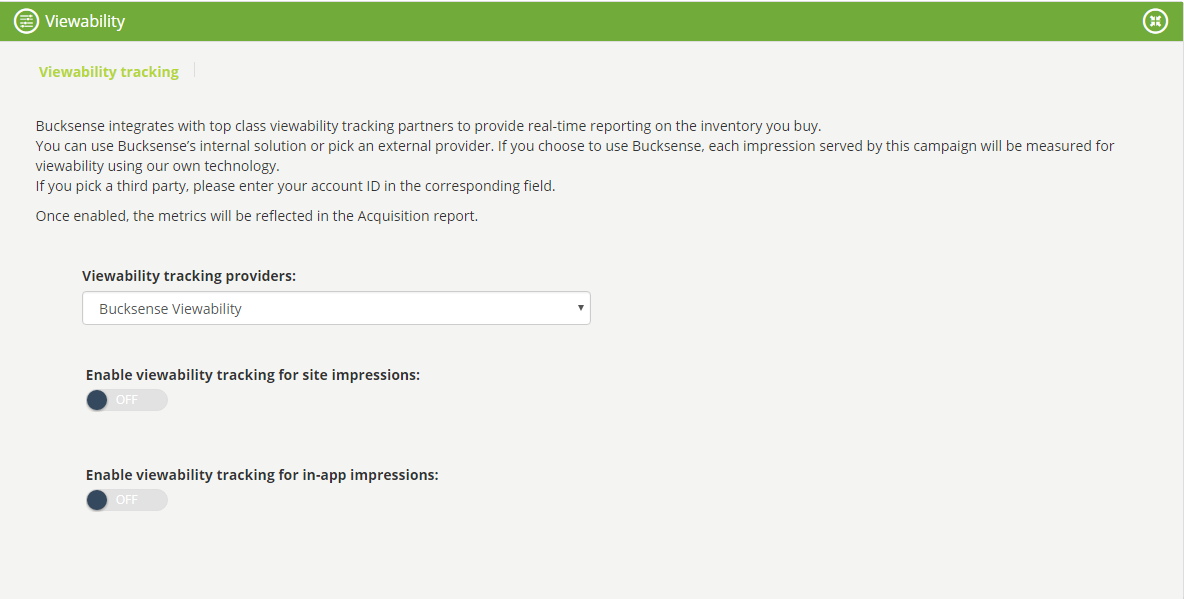 Enable either site or in-app viewability settings, depending on the traffic type for your campaign:

Viewability tracking for site impressions
This determines what percentage of the visible surface of the ad will count as a view (choose 50%, 65% or 80%), and the amount of time (seconds) that the ad appears in a visible position on the site page. At minimum, for an ad to be considered viewable, it must have at least 50% of its pixels in view for 1 second (standard view). 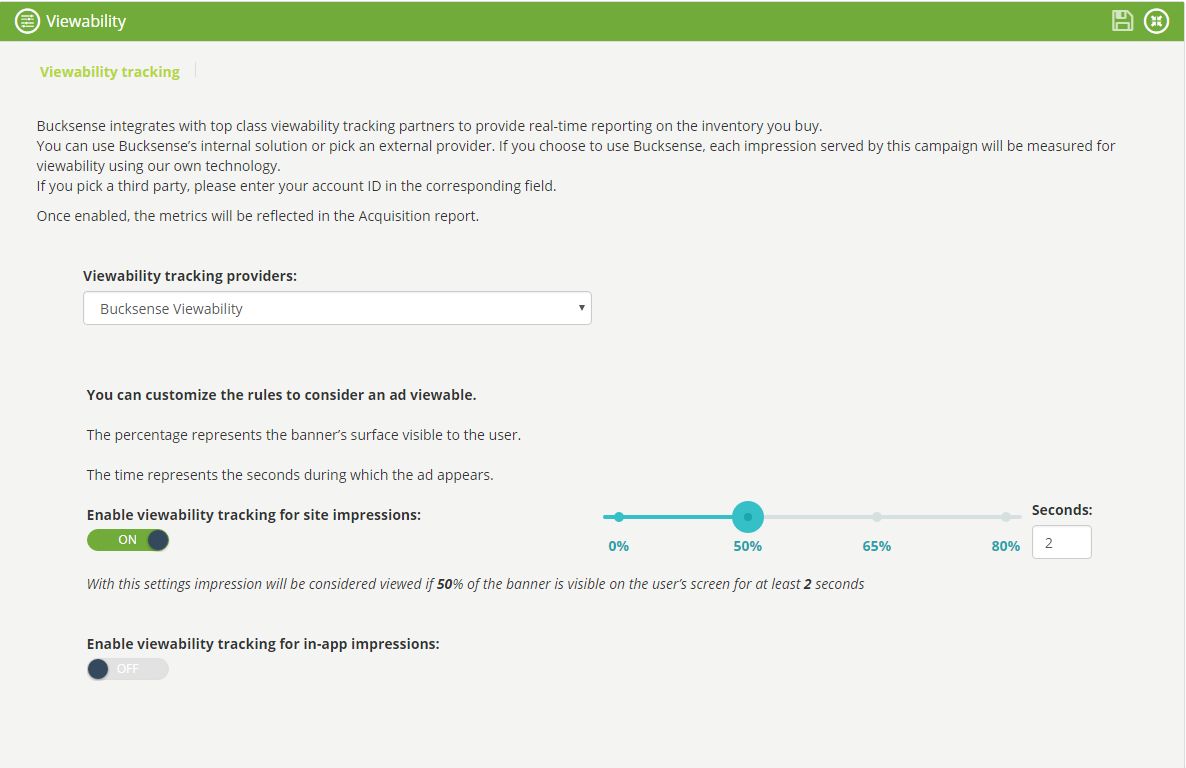 Viewability tracking for in-app impressions
Enable this feature if your campaign traffic is in-app. In the above example, the settings that have been enabled mean that the impression will be considered viewed if the user has seen at least 50% of banner’s surface for 2 seconds. 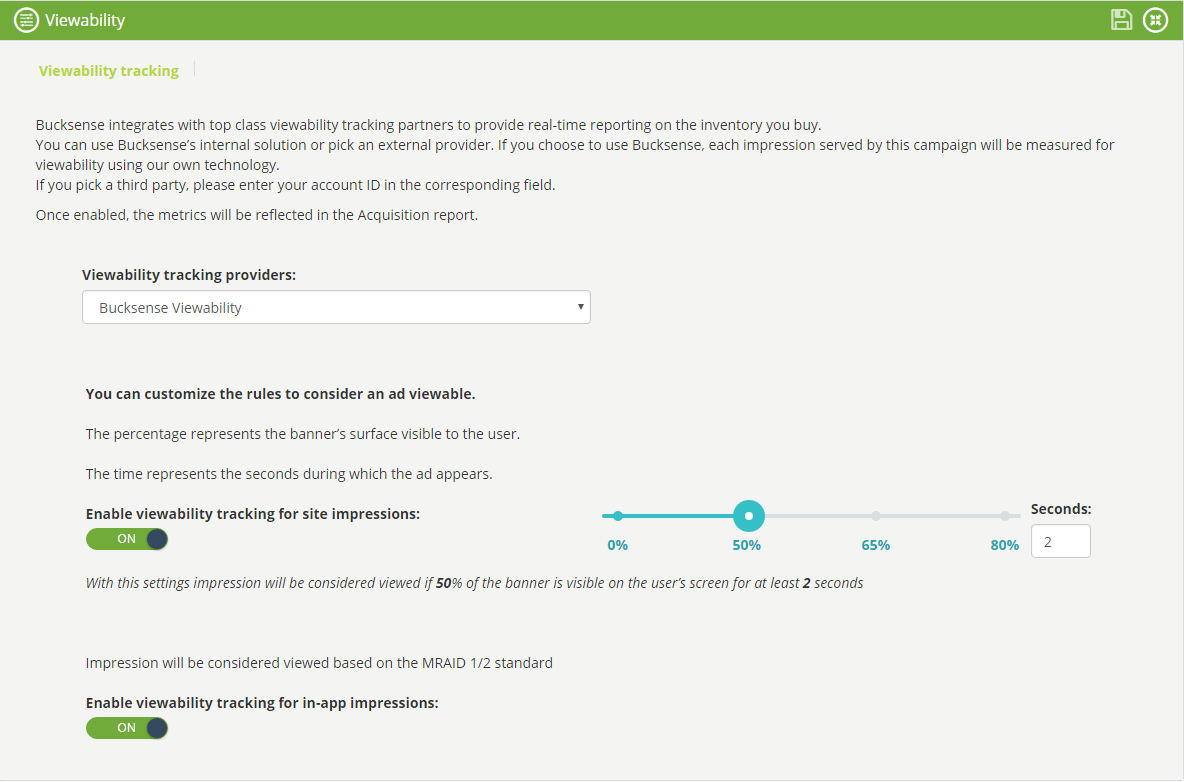 If you want use a third party viewability tracking solution, you need to select the external provider name from the dropdown menu (for example Admetrics), and then enter your Account ID. 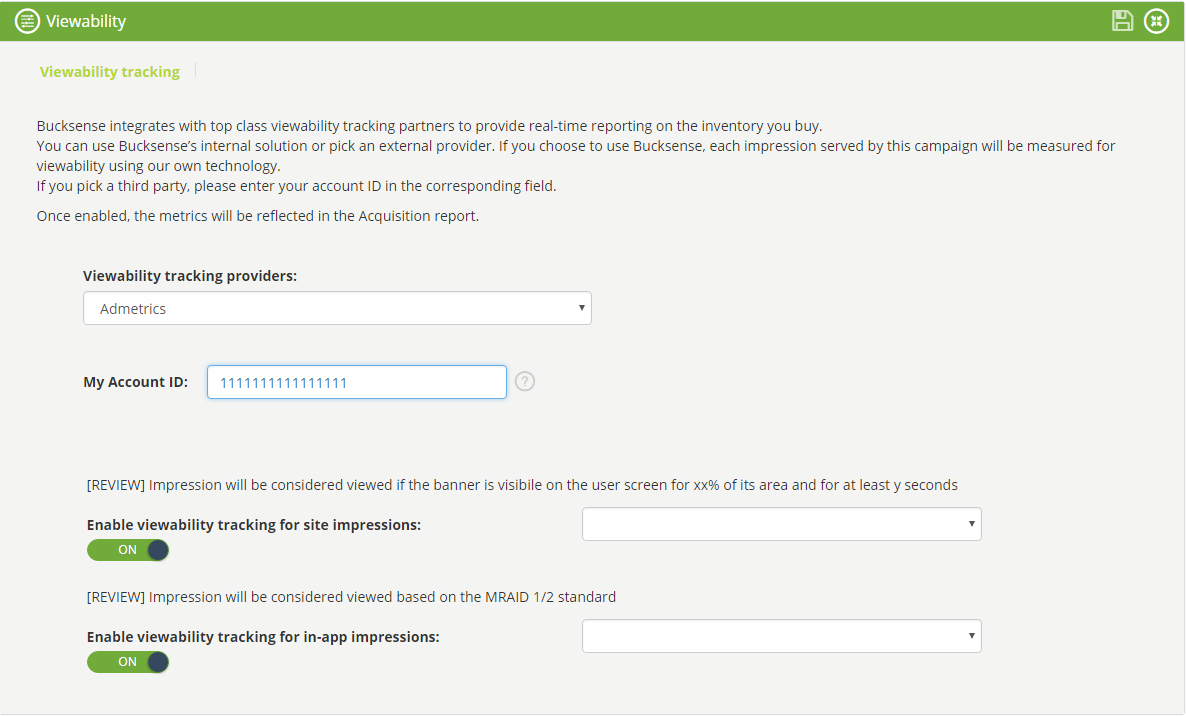 You then need to enable:

Viewability tracking for site impressions
Select from the dropdown menu the combination: percentage / time for which you want to consider the ad seen (for example 65% area visible during 1 second)

Viewability tracking for in-app impressions
Select from the dropdown menu the combination: percentage / time for which you want to consider the in-app impression seen from users (for example 50% area visible during 5 seconds)

How to see viewability reports

In the report you will get, you will see the Viewability data in its related column